The NDP Will Fund the Sherbrooke-Montreal Train

"People want to fight climate change and want the tools to be able to do so. I’m committed to making different choices for people. Instead of spending taxpayers' money on an old pipeline, we should be investing in projects like the Sherbrooke train," said Singh. “People were misled by Justin Trudeau's Liberals. They are disappointed by his government’s broken promises and its lack of political will. The NDP is ready to act and has the courage to act to face the climate emergency, while making life easier for people.”

The project will connect Sherbrooke to Montreal with stops in Saint-Jean-sur-Richelieu, Farnham, Bromont, and Magog. A trip will cost about $46 and will take the same time as a car trip, without any traffic. It is estimated that over 2,300 people will use the train daily. This project will create close to 400 quality jobs and reduce our GHG emissions by 10,000 tonnes.

“There is no planet B, we must act today. Everyone wins with this public transit project," said Dusseault. “Instead of being on the side of Canadians and those trying to protect the environment, Justin Trudeau prefers to give billions in subsidies to the oil and gas industry. The NDP is taking a clear stand to protect the environment! I'm proud that my leader supports this project and has reaffirmed his support for the people of Sherbrooke.”

The NDP recently unveiled its plan to fight climate change: Power to change: A New Deal for Climate Action and Good Jobs. Among other steps, New Democrats are promising greener, more affordable, and more accessible public transit. They are committed to creating at least 300,000 new quality jobs and targeting major polluters. 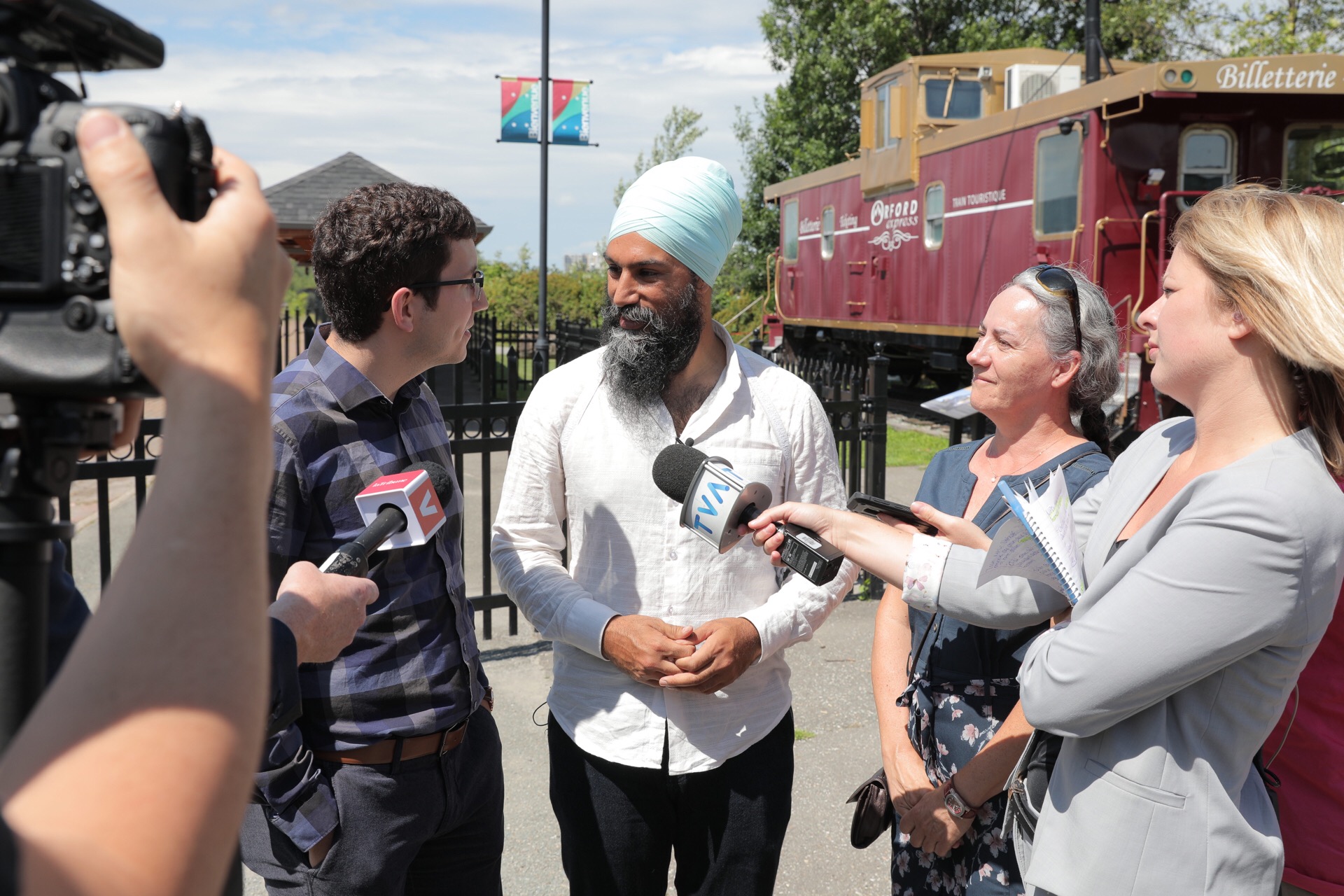