OTTAWA – Surrounded by Ottawa candidates, NDP Leader Jagmeet Singh announced that a New Democrat government would implement a cycling strategy to fight climate change and support community planning and design that makes travel safe, convenient and comfortable for everyone, regardless of their mode of transportation.

“Canadians are paying the price of the consequences of climate change every day. But instead of taking bold action to confront the climate crisis, Justin Trudeau spent $4.5 billion to buy a pipeline and put our environment at risk,” said Singh. “It’s time for a New Deal to actually win the fight against the climate crisis and encourage active transportation that is safe, practical and recreational.”

Quality transit is essential in making our cities run and we must do better to reduce traffic in Ottawa, which has hit record levels of congestion. As an avid cyclist, Jagmeet understands the intrinsic beauty of cycling and its practical application, commuting by bike to the House of Commons when in Ottawa.

“People in Ottawa want to do their part to reduce carbon emissions by not driving their cars unnecessarily, but they’re too afraid to get hit. And yet, Trudeau’s Liberals refused to invest to unlock the potential of active transportation which would make it safer for bikers, and reduce emissions and the constant congestion,” said NDP candidate Emilie Taman (Ottawa Centre). “With our plan, everyone will be able to get around by bicycle safely and conveniently.”

“The people I meet want to do more to tackle climate change, but they need their governments to give them the tools to do it and their long commutes aren’t working from them,” added NDP candidate Angella MacEwen (Ottawa West – Nepean). “People deserve better. Jagmeet has an ambitious plan to build the future that we all want to give to our children.”

“People had high hopes, but the Liberals have let us down. The real reason people are feeling this level of climate change impacts is because successive Liberal and Conservative governments have let the biggest polluters off the hook,” said NDP candidate Morgan Gay (Ottawa South). “People want change. With different choices, we can get better results.” 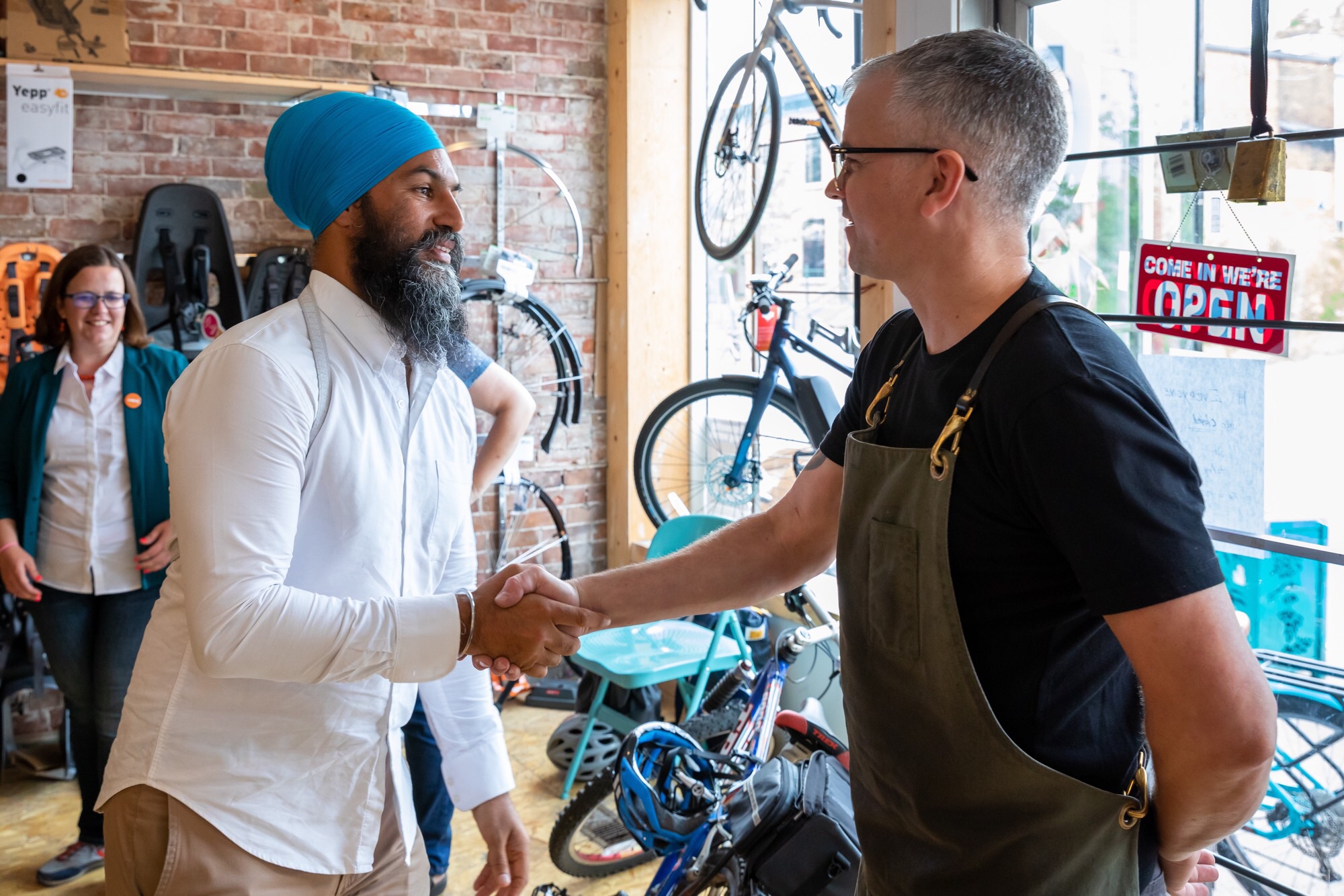