TROIS-RIVIÈRES – New Democrat Leader Jagmeet Singh and NDP MPs Ruth Ellen Brosseau (Berthier-Maskinongé) and Robert Aubin (Trois-Rivières) have committed to moving forward with the high frequency rail project and have promised major investments to help municipalities that were once again impacted by flooding.

“Climate change threatens life as we know it. While Justin Trudeau and the Liberals promote their pipeline project, my team and I are presenting a concrete plan to fight climate change with Power to Change: A New Deal for Climate Action and Good Jobs,” said Singh. “Today, I reiterate my commitment about the high-frequency train project to the people of Trois-Rivières. I want to see a ground-breaking ceremony during the first year of our mandate! We’re also committed to major investments to help flood victims so that our infrastructure can be adapted to this new climate reality.”

As proposed by VIA Rail, the high frequency train project will connect Jean Lesage Airport in Quebec City to Toronto, via Trois-Rivières, Montreal, Ottawa, Smith Falls, and Peterborough. It includes a dedicated lane for passenger transport. A high frequency train will reduce greenhouse gas emissions, stimulate regional economic activities, and create numerous quality jobs. In contrast with the Liberal approach, all funding for the NDP project will be public.

"It’s time to invest in projects that fight climate change, not in pipelines that threaten our environment," added Aubin. “Justin Trudeau's Liberals talk out of both sides of their mouths when it comes to the environment. As for the Conservatives, they don’t even mention public transit in their climate plan. That’s ridiculous! The NDP is committed to setting up a meeting between VIA Rail, the provinces involved, and key municipal stakeholders within the first 100 days. No more studies, it’s time to act!”

Power to Change provides major investments to municipalities in Bethier-Maskinongé that were again impacted by flooding to help them adapt their infrastructure to face this new climate reality. The NDP will invest an additional $2.5 billion to protect people and their property from extreme weather events, such as floods.

"People in my riding were impacted by record floods again this year. Justin Trudeau adopted Stephen Harper’s weak reduction targets and Canada will only reach them 200 years too late. As for Andrew Scheer and the Conservatives, they will only make things worse," added Brosseau. “The NDP is proud to present an ambitious plan that will 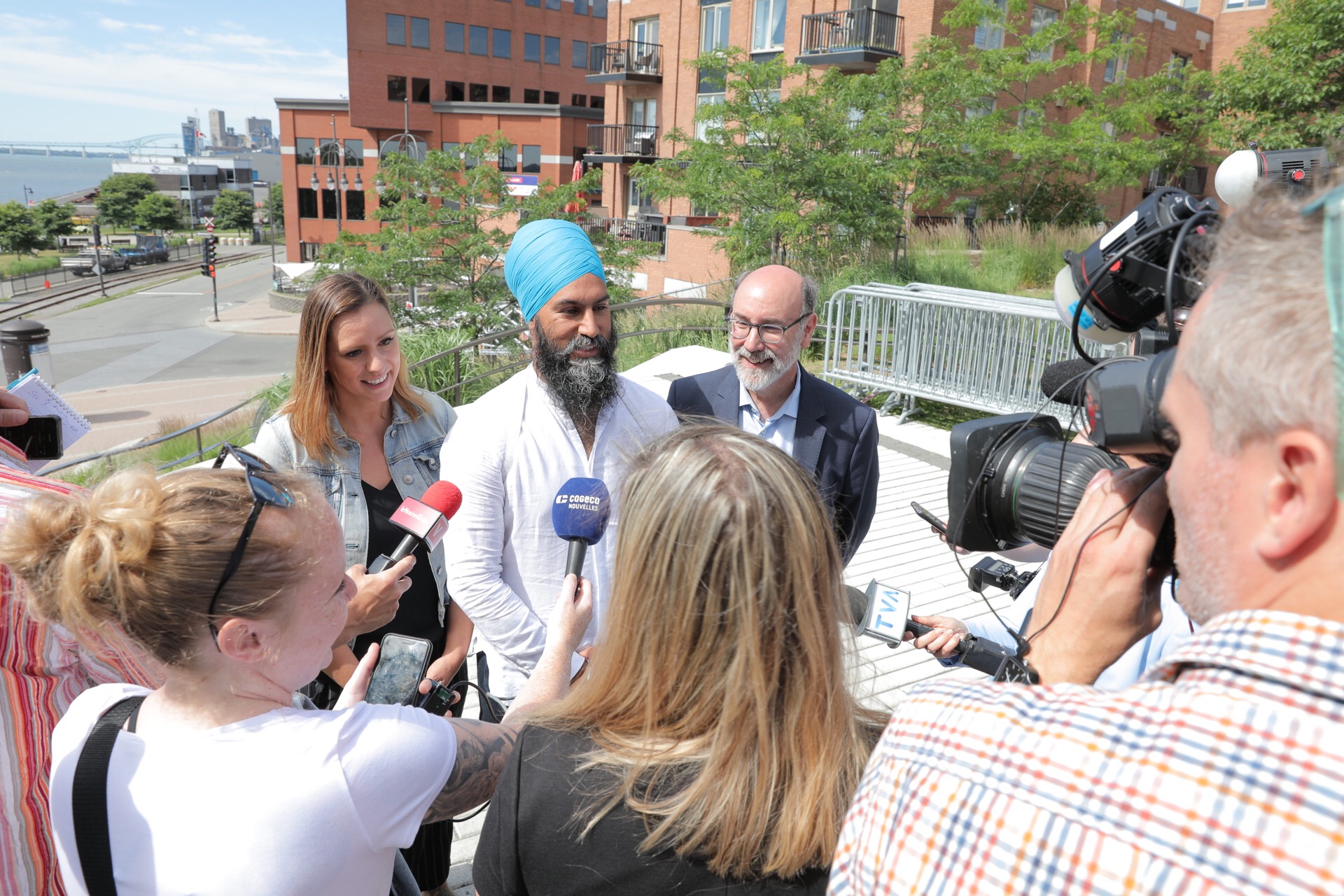