“These workers and their families are paying the price for Liberal inaction,” said Singh. “The Liberals saw these layoffs coming and did nothing. It’s devastating. We need to be building more electric trains right here in Canada, not laying workers off – and making sure that the public money we spend on transit and infrastructure helps create good jobs in our communities.”

These layoffs come in the wake of Via Rail selecting a German rail manufacturer for a nearly $1 billion contract, and ramped-up Buy American provisions that shut Canadian companies out of lucrative contracts. The Liberals have stood by as these contracts were lost, while doing nothing to promote procurement policies that support Canadian jobs.

“These jobs are vital to our community, and the Liberals aren’t fighting for them,” said Won. “It’s time to make different choices – with Jagmeet’s New Deal for People, we can protect good jobs in Thunder Bay and create even more opportunity building the infrastructure we need to confront the climate crisis.”

“Workers at Bombardier and across Canada who face similar employment losses need proactive measures and investments by the federal government,” said Achneepineskum. “The lay-off notice could have been prevented if the Liberals were committed to protecting jobs. They're clearly not. An NDP government will not think twice when it comes to standing for workers.”

Electrifying all municipal transit fleets by 2030, expanding electric rail and building these vehicles in Canada are part of the NDP’s commitments in Power to Change: A new deal for climate action and good jobs. 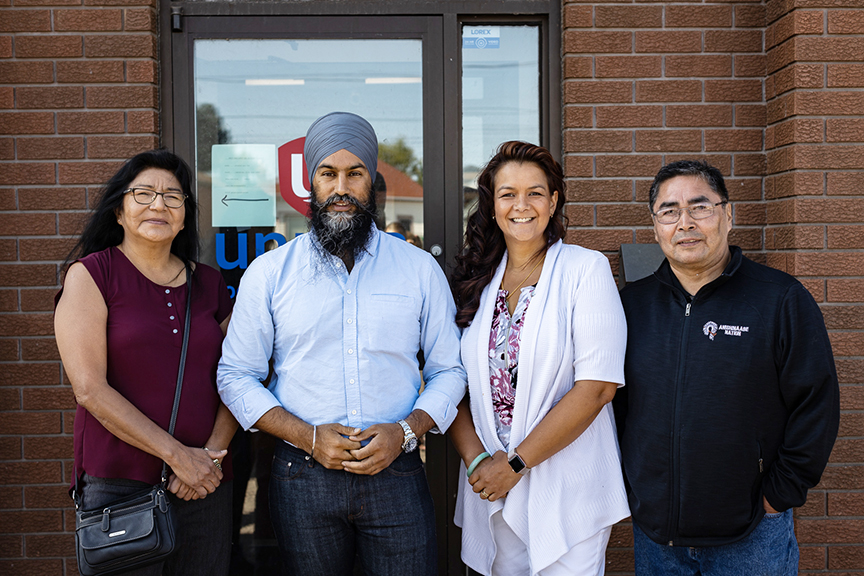