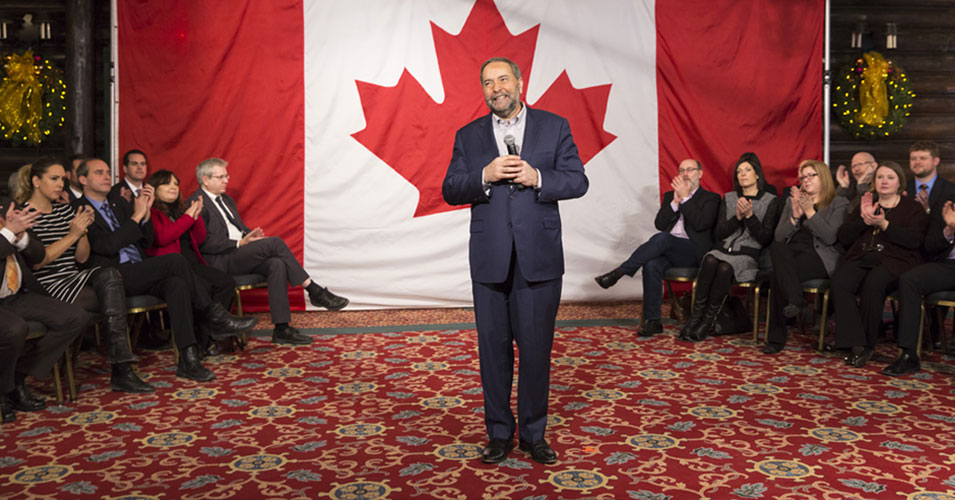 Income inequality is one of the most glaring injustices in our society. It is growing and hundreds of thousands of Canadian families are struggling.

It’s well known that income is one of the key social determinants of health and therefore economic inequality doesn’t only impact how you live but it also impacts how long you live. Statistics Canada released a report in 2015 which spelled out clearly that 40,000 Canadians die prematurely every year because they are poor. We live in one of the wealthiest, most resource abundant countries in the world yet the less you have, the shorter your life.

There are some who call themselves progressives who believe it’s good enough to espouse equality of opportunity. But as social democrats, we believe that the fight against inequality means much more. Government can—and we feel must—play a direct role in eliminating inequality.

It's not enough to say everyone has the same chance in a game that's rigged against the most vulnerable.

Equality of opportunity does nothing to help a child who lives in an overcrowded, unheated apartment and goes to school cold and hungry in the morning. Decent housing is a right and governments can create conditions for building social housing and making it available to those who need it.

We have to fight for everyone being squeezed by income inequality.

The pensioners who see their income slip away and their retirement security undermined are not the ones who avoided paying their fair share of taxes by sheltering their money in offshore tax havens. But these Canadians are always the ones who lose the most in times of economic hardship.

This is what matters. This is who we are fighting for.

Our job going forward will be to defend those priorities: to stand up for today’s workers and families, to stand up for our values and together we will provide Canada with a truly Progressive Opposition in Ottawa.

“What sets New Democrats apart is our understanding that to build a better Canada, we need a government to tackle inequality rather than compound it.”

Equality, solidarity and fairness — on every issue, these values shine through. They are the foundation of our social democratic vision for a better Canada. And they’re why millions of Canadians vote for us.